Is Lima, Peru A Good Place To Live? 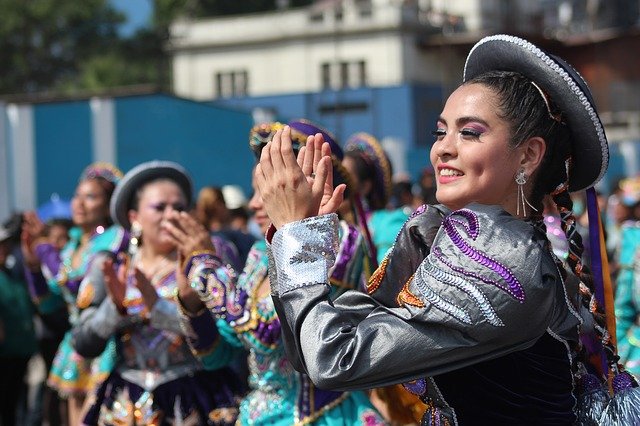 I’ve been in Lima for nearly two months now and I’ve finally got a feel for what it’s like to live here. So, I thought it prudent to do a post for any nomadic travellers that are scoping out a new city.

As regular readers know, Lima Is Not My Favourite City In Latin America. But it’s starting to grow on me…slightly. Enough so that I’ve decided to stay until June (I was considering jetting off to Colombia instead after my first month here).

I’m still not head over heels, but I’ve come to understand its appeal a bit better.

So, what is it like to live in Lima?

In this post, I’ll talk about cost of living, food, safety, who would be well-suited to the city and who might not be.

Why Did I Choose Lima?

The idea to do a longterm stint in Lima was planted in my head when I visited again last year. I loved the food, cocktails and got along well with all the Peruvians I met. Although I was only here for a week and didn’t get to experience much, I got the sense that, like Bogota, there was more to this city than met the eye. Although I didn’t love the aesthetics of the city, there were some areas that were very impressive and there was a lot to do.

After spending Christmas in Canada, it was time to head off again. I had to be back home in June for my brother’s wedding, so I had 6 months to play around with. I figured it was the perfect amount of time to knock Lima off my “Cities I’ve Lived in Latin America” list.

Unlike Mexico and Mexico City, I had no real intellectual interest in Peru or Lima. I knew nothing of the Incan Empire. I had no interest in seeing Machu Picchu (still don’t). I didn’t care whether or not Pisco was invented here or in Chile. My decision to come was solely based off the good times I’d had previously.

There was also the appeal of the ocean. It’s rare to find a huge metropolitan city that has stunning ocean views. I liked to picture myself running along the malecon each morning, flanked by the Pacific (I didn’t end up doing much of this).

What Does The Internet Say?

After booking my flight, I hit up various expat groups, and blogs to see what more knowledgeable folks had to say about Lima. I was surprised to see that opinions were all over the map. Whereas people who travelled to cities like Rio de Janeiro or Medellin seemed to have somewhat similar experiences, apart from the food being good, there was almost no consistency between what people were saying about Lima.

The girls are gorgeous.

The girls are hideous. 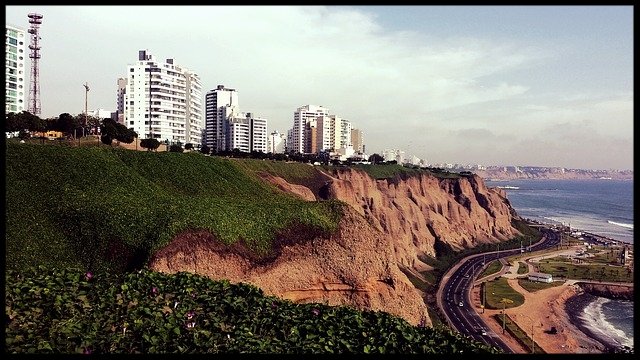 Having been here before, I was obviously in a better position to confirm or deny these things, but even I started to have my doubts as to what exactly living in Lima would be like.

Now that I’ve been here for awhile, I fully understand the differing opinions. I’ll come back to this later in the article. But first, let’s talk about the positives of living in Lima.

What’s Good About Living in Lima

Affordability – If you’re coming from the USA or Europe, you’ll notice that life in Lima is very affordable. $800 will get you a small one bedroom apartment in the best area of the city. $7.00 will get you a full plate of fresh ceviche in the market. Menu restaurants that include a starter, main and a drink can be as little as $3.00. Taxis, buses and Ubers? Dirt cheap as well.

Food – I know of no food in Latin America better than Peruvian food. This is its main claim to fame, and for good reason. It’s rather healthy as well compared to Mexican or Colombian dishes. With all the great seafood, very easy to do low-carb and get your Omega 3s if you’re a health conscience individual. Some claim it is the World’s Best Food City. I can certainly see why. The variety of dishes and quality of ingredients blow away any other Latin American country.

Safety – The rich areas of Miraflores, San Borja and San Isidro are incredibly safe. I mean really safe. In many South American cities, thieves will target people in affluent areas. It just doesn’t seem to happen here. Somehow, they manage to keep the riffraff out of these areas altogether. That’s not to say that no one has ever been robbed in the 3 aforementioned neighbourhoods, but it is extremely unlikely.

What’s Bad about Living in Lima

Affordability – A double-edged sword. Yes, Lima is affordable if you’re coming from the USA or Europe. But if you’re coming from Colombia or Mexico (like I was) you will be disappointed in the value you get here. For a city that is less modern and with poorer infrastructure than Mexico City, it is hard to believe that it’s 10-15% more expensive. A metrobus ticket here costs 10x as much as in Mexico. A ticket to the cinema is almost twice as much as it is in Colombia. Apartments, taxis and groceries are also all more expensive here. I will never understand why Lima is more expensive than Mexico City or Bogota.

Nightlife – Lima is a huge city so there are enough decent bars and clubs. But the nightlife here pales in comparison to Buenos Aires, Sao Paulo and Bogota. The density of bars is noticeably less and there are way fewer people out and about on the weekend. This isn’t a huge factor for me – I only really need 3 or 4 good bars/clubs to go to – but if you are a nightlife enthusiast, Lima comes up a bit short. Also, the streets are much quieter than in other Latin American capitals. I’ve heard that house parties in more affluent areas will get shut down by police if they get too noisy. This never happens in Mexico City.

Pollution – Pollution is a problem in every major Latin American capital, so it’s hard to hold Lima too at fault for this one. That being said, In A Recent Study, Lima was ranked as having the worst pollution in the Americas. The interesting thing is, if you’re living in the neighbourhoods of Miraflores or Barranco, you’re not likely to notice the poor quality of air too much (I reckon the ocean winds help blow it away). But, as soon as your travel into the landlocked neighbourhoods, you might be wheezing. The first times I travelled to the districts of Centro and La Victoria, I was shocked by how much harder it was to breathe. If you have respiratory issues, this is definitely not the place for you.

The City Itself – Lima is an ugly city. When I first arrived here, I was mesmerized by the ocean views of Barranco and Miraflores so I couldn’t see this reality. Now that I’ve travelled around large parts of the city both by bus and by taxi, I can officially assert that Lima is not pretty. Now, to be fair, this is true of most major Latin American cities. But there is another thing that Lima lacks. Character. It’s a grey city. Both in weather and personality. The nicest areas of the city look like they were lifted out of the United States. Everything just feels a bit…bland. Apart from the malecon and the view of the Pacific Ocean (which is gorgeous) the city itself doesn’t offer anything visually memorable or aesthetically appealing.

What’s With the Polarized Opinions?

One’s opinion of Lima is going to be based off where they have travelled to in the past. For instance, those that have never travelled in Latin America before will probably find the city safer and more affordable than someone more familiar with countries in Latin America. On the contrary, someone who hasn’t travelled in Latin America before will probably consider Lima ‘dangerous,’ whereas someone who has been to Colombia or Brazil won’t. Also, if you’re coming from Asia, you might not be too impressed by the food, but if you’re coming from Eastern Europe, you’ll likely be blown away.

The weather is another issue. If you come in winter, you’ll be met with grey skies each and every day. If you come in summer, you’ll get perfect sunny temperatures every day. One’s experience in this city would be completely different depending on if they booked their trip in summer or winter (remember, the seasons are reversed down here in South America)!.

Who Should Live in Lima?

If you haven’t travelled much in Latin America and you’re looking to spend a month or more to get a taste of what life is like in the region, Lima is an excellent choice. It’s not as dangerous or undeveloped as many cities. Renting an apartment in Lima isn’t difficult, and Airbnb has a ton of rental options available.

Lima is good for more experienced Latin America travellers who are looking for a place to build an online business or chill out for awhile. The Internet is strong here and you’ll have all the amenities that you’ll have at home. That’s part of the reason I came here. I wanted to focus more on work this time around and less on going out. In Mexico City, I found this hard to do – there’s literally a party every night of the week if you want it. Here is more laid back. I’ve found it to be a good place to buckle down and focus on earning money without having to deal with as many distractions.

Lima is a very livable city. If you want a taste of Latin culture and lifestyle without some of the crazy, dangerous stuff, Lima is a solid option.

I’d venture to say that this city is perfect for first-time travellers to the region who want to experience what big city life is like in Latin America. It’s not as intimidating as Bogota or Sao Paulo, safer than Mexico City on the whole and not as underdeveloped as a place like Guatemala City. It’s an ideal place to make a smooth transition to this part of the world.

If you’ve spent some time in Latin American countries and found that you prefer countries like the Dominican Republic and Colombia to countries like Argentina and Chile, I’m going to guess that Lima probably isn’t the best choice for you.

But it’s impossible to generalize.

Like anywhere, if you are thinking about living in Lima, spend at least a week or two here to scope it out before you decide.

A bit of a meandering post, but I hope it’s given you a better idea regarding life in Lima. Like I said, it is a very livable city, but you’ll have to recalibrate your expectations if you’re familiar with other popular Latin American countries.

As someone who’s travelled a lot in Latin America, I will say this about Lima: it’s comfortable, but unremarkable. For instance, I don’t like it enough to want to live here again, but I don’t dislike it enough to pack my bags and leave just yet.

That sums up how I feel about it.