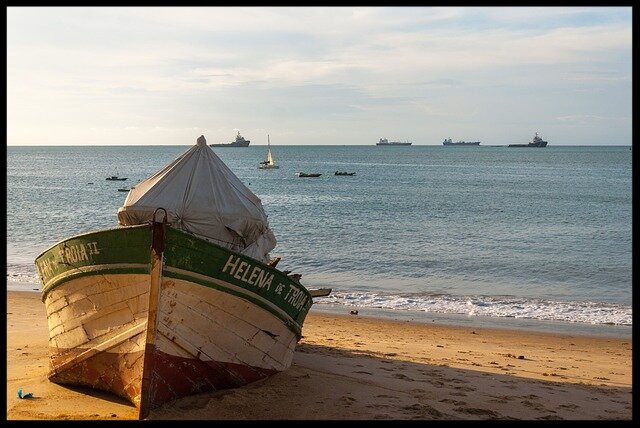 A huge city in the state of Ceara. Along with Recife and Salvador, Fortaleza is one of the major economic hubs in northeastern Brazil. Although it is a vibrant, modern and historically rich city, outside of Brazil, Fortaleza has the unfortunate reputation of being a sex-tourism destination. Be mindful of this if you’re planning to meet women here.

SEX AND DATING IN FORTALEZA

If you’re not from Brazil, don’t speak fluent Portuguese and over 30, you will automatically assumed to be a sex tourist. Because of this soiled reputation of the gringo, not many non-prostitutes are exactly going to be fighting over you. In fact, normal girls may be more reluctant to hook-up with you, because by doing so they risk developing a reputation. Although, admittedly, that statement is an extreme rather than the norm. Luckily for you, certain bars have been more or less established as places for pay for play, and as long as you stay away from those you’ll have a fighting chance. And remember, if any girl is alone or with only one other girl and approaches you, she’s a pro.

If you plan on using online dating in Fortaleza, I Recommend Brazil Cupid as your best option for meeting trustworthy local women

There is a noticeable decline in quality here from Rio de Janeiro and Florianopolis; There is a lot of debate about where the hottest girls in Brazil come from, but I don’t imagine anyone is claiming that they reside in Fortaleza. A hard and fast rule for Brazilian women is that they get less attractive the farther north and farther inland you go. I don’t entirely agree with this sweeping generalization; Natal for instance shatters the northern stereotype. That being said, if you have a preference for lighter-skinned women, I’d recommend sticking south of Salvador, and east of Brasilia.

So-so. Fortaleza isn’t as safe as Florianopolis, but it is quite a bit safer than Recife or Salvador. Do your self a favour and don’t go near Barrio Serviluz. You will, almost without question, be robbed here. The touristy areas of the city are heavily patrolled though, so you should be pretty safe.

RENT AN APARTMENT IN FORTALEZA

$400.00 is what you can expect to pay. On the low-end. Investment hounds have been pouring into this city to try and make a killing on their pre-World Cup purchased properties.

A wide selection of options in the Dragão do Mar. As a tourist, this is where you should be spending most of your nights.

I recommend: Pirata Bar. Arrrrrrrr! The Naughty Nomad would feel right at home here. This place is utterly ridiculous and wildly popular. Be a scallywag and check it out while in the city.

If you want to make the most of your time in Brazil, you will need to speak some Spanish. Rocket Portuguese is the best resource for learning Portuguese quickly and easily.

COST OF LIVING IN FORTALEZA

You’ll need a minimum of $600 USD/month to live in Fortaleza, Brazil

Fortaleza is a city worth seeing if you want to visit the north of Brazil. I’d recommend it over Recife, but not over Natal. The people are friendly, but the nightlife scene is hard to crack as a foreigner. Don’t stay here any longer than a few days; I wouldn’t recommend living here unless you are scouting out an investment property. If you’ve already visited Salvador, Recife and Natal and are debated whether or not to visit Fortaleza, I’d say skip it.

Want to meet women in Fortaleza? Use Brazil Cupid