Mexico City vs. Bogota: Where Should You Live? 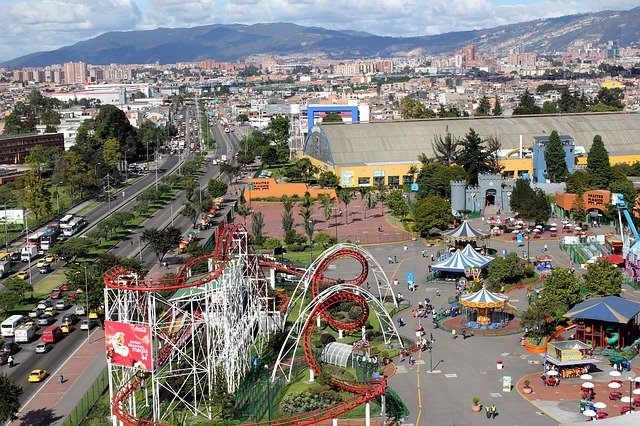 As I’ve noted in a recent post, Lima isn’t quite living up to my expectations. But it takes time! I’ve decided to stick it out here for awhile – I’m enjoying myself –  but it’s not a place I see myself living long term.

As such, my mind is wandering; I’m thinking about my next destination.

Within the next two years, I’d like to base up in a city.

Right now, it looks like that city will be in Mexico or Colombia.

Bogota is a place that I’ve been thinking more about. I didn’t spend as much time there as I would have liked, but I was there long enough to recognize that it’s a city I could be happy in.

I wanted to do a comparison between the two cities. Both for myself and for the readers. I hope that comparing these two cities in writing will help me make my decision.

And if you’ve ever batted around the idea of living in Bogota or Mexico City, hopefully this article will be of some use to you.

Mexico City vs. Bogota: Where Should You Live?

Before anything else, it’s important to know that I only spent about 10 days in Bogota. I’ve spent over a year and a half in Mexico City. So, unsurprisingly, I’m far more knowledgable about the latter. I’ll do my best not to be biased, but if one of the cities isn’t going to get a fair shake it will likely be Bogota.

It takes at least a couple months to discover the best of any major city, so I’m very aware of the fact that I didn’t get to “know” Bogota.

If any readers know both cities well and either agree or disagree with the content I’ve written here, please leave a comment at the end of the article!

Cost of living is one the most important factors for those wishing to live or travel abroad. When it comes to Mexico City and Bogota, the differences in costs are negligible – I don’t know that I’ve ever been to two different capital cities with such similar costs.

That being said, depending on how you live your life, certain things will cost either more or less in either city.

For instance, do you like to go to the movie theatre? If so, you’ll pay less to do so in Bogota than Mexico City.

Do you take a lot of taxis to get around? You’ll pay less to do so in Mexico City.

I found the price of food, restaurants and basic goods like water to be virtually the same.

Domestic flights in both countries are around the same price, too.

My research indicates that it will cost you more to live in the more exclusive areas of Mexico City than it will in Bogota. Also, if you’re willing to live in a more middle-class area, Bogota seems to offer better prices. However, I’d say that Bogota’s middle class neighborhoods are more dangerous than Mexico City’s middle class neighborhoods. It definitely felt that way when I was there, at least.

It’s close, but I gotta give this one to Bogota.

Bogota is colder and rains more. The weather on the whole is more unpredictable. In Bogota, one day could be sunny and beautiful and the next could be cold and rainy. There’s really no telling. In Mexico City, you know what you’re getting. Sunny weather most of the year, with afternoon or evening rainfall from roughly April to September. It’s never too hot or too cold.

Mexico City takes in the win in the weather department.

Mexico is known throughout Latin America – and the world – for its food. You will find Mexican restaurants in every major world city. Colombian food doesn’t share nearly as much of the spotlight.

This doesn’t mean Colombian food is *bad* so to speak. They have many incredible dishes: Ajiaco, Bandeja Paisa, their take on the empanada…I’ve had many of Colombia’s national dishes and have enjoyed them.

Rather, the issue I have with Colombian food is that it is easy to get sick of. Perhaps because it’s a bit bland for my tastes. I prefer food with some kick. Asian and Indian dishes are more my style.

Mexican food tends to have more spice, variety and flavour than Colombian food. I can almost guarantee that after two weeks of Colombian food, you’ll start to grow weary of it. I’d be very surprised if this happened in Mexico.

There’s another thing that gives Mexico City the edge over Bogota in the food department: international restaurants. I was surprised to find that Bogota offers little in the way of international cuisine. For a city of its size, I expected much more variety. Even Mexico City could do better in this department, but it still beats what’s offered in Bogota.

Safety is always a tough one to discuss. In reality, it’s quite abstract. If something bad happens to you on the streets of Oslo, it will undoubtedly skew your perception – even though it’s statistically one of the safest cities in the world, you might be inclined to disagree based on personal experience.

I’ve been incredibly fortunate in my travels in that nothing too frightening has befallen me. I had an iPod stolen from me in Cancun, been in a couple situations that almost escalated to violence, but aside from that no one has really messed with me too much. I hope this trend continues.

I tend to judge a city’s safety based largely on my gut, along with what I’ve heard from locals and other travellers. Afterwards, I’ll hit the Internet to read about other people’s opinions to see if my perception lines up with theirs (I don’t like to do this before lest I psych myself out of visiting somewhere).

So, with that little preface out of the way, I’d have to say that Mexico City is safer than Bogota.

I rarely felt that my safety was threatened in Mexico City. Only when I was hanging out in seedy areas after dark (Doctores, Guerrero and Iztapalapa, to be specific) did I feel on edge. Even after dark, I always felt safe in middle and upper class areas of the city.

But in Bogota after dark, I regularly felt like something bad could go down. There’s just more sketchy looking people and a greater feeling of insecurity. I can’t really explain it, but I suspect that anyone who has spent time in both Mexico City and Bogota will agree with me. I’d much rather be caught after dark alone in Mexico City’s El Centro than Bogota’s El Candelaria. You’ll also be offered drugs and see drug addicts much, much more in Bogota than in Mexico City. Not to mention the risk of getting drugged with scopolamine, something that has happened to not an insignificant number of tourists.

I’m not sure what the actual crime statistics say, but I’m going to give the nod to Mexico City for safety.

I only went out a few times in Bogota, but I was instantly a fan. I remember thinking it was the best scene I’d encountered in Central or South America up to that point.

Like any international city, both Mexico City and Bogota offer a diverse, dynamic and exciting nightlife environment. I found people to be slightly more accepting and accommodating in Bogota once you got talking to them, but I found it harder to break into a social circle at a bar or nightclub. In Mexico City, it’s not uncommon to see a group of 2-4 girls out at a bar or club by themselves. Very easy to approach. In Bogota, they seemed to go out in larger groups.

Probably for this reason, the club scene in Bogota seems to be more oriented around buying bottles than it is in Mexico City. I definitely prefer this (assuming I have a group to go out with) because it usually ends up being better value and results in less wasting time going back to the bar countless times…it’s probably only better value because I invariably end up drinking more than most…but I digress.

Based on the fact that I had more fun going out during my first 10 days in Bogota than I did during my first 10 in Mexico City, I’m going to hand this one to Bogota. I think that if I were to do 6 months or a year there, the party scene would be absolutely phenomenal. Big win for Bogota here.

Mexico City is more cosmopolitan. It is one of the more cosmopolitan cities I’ve ever been to in Latin America, right up there with Santiago, Buenos Aires and Panama City. Bogota on the other hand can feel surprisingly undeveloped in many areas. Both cities have fairly impressive metrobus systems, although Mexico City has a metro whereas Bogota does not. The upscale neighborhoods of both cities compare to European or North American cities. Both cities have UBER for getting around as well. Traffic is worse in Mexico City. The colonial buildings of Bogota are less preserved and less impressive than the colonial buildings in Mexico City (the Spanish really made Mexico City their gem). The quality of water is worse in Mexico City…but I wouldn’t drink from the tap in either place.

But not much of this really matters if you’re a foreigner thinking of living in either city.

Basically, from a purely superficial standpoint, Mexico City looks more developed, but in a way this makes it less charming. Due to its proximity to the USA, you’re going to notice a lot of similarity in terms of its restaurants, business districts and affluent areas. Bogota has a unique charm about it. You feel more like you’re in Latin America than you do when you’re in Mexico City.

Also did I mention the traffic is worse?

I’ll give this one to Mexico City.

As you can see, Mexico City technically comes out on top yet again.

But it can easily go either way.

After I get to know Bogota as well as I know Mexico City, it’s very possible that it could measure up.