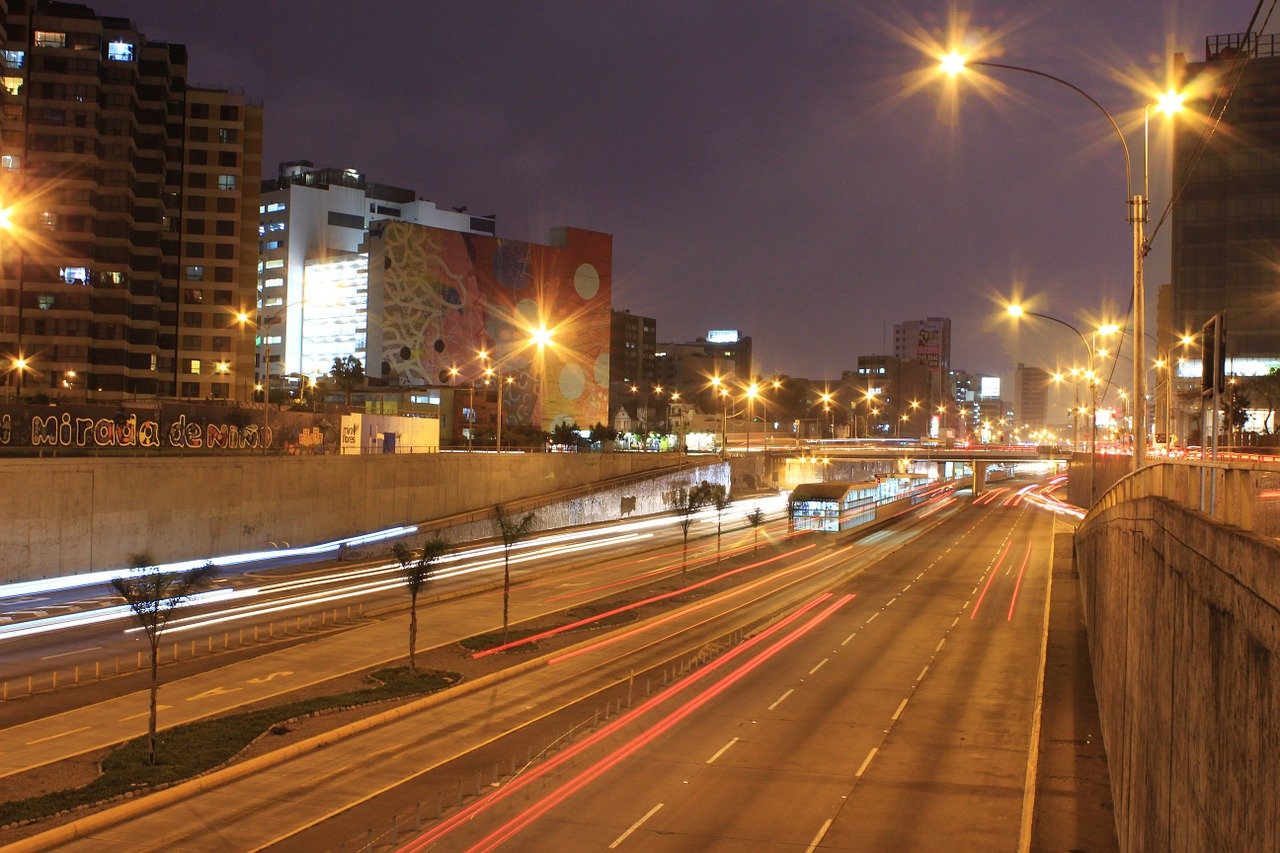 As those of you that read my last post will know, I’m now in Lima.

Well, I’ve been here almost three weeks now and to be honest I’m having a few doubts as to whether or not I made the right choice.

“First Impressions” isn’t quite an accurate title – this is actually my third time visiting Lima – but the other two stints I did here were short, and I was mostly focused on eating ceviche, getting smashed on pisco and trying to get girls (noble pursuits, I know). I stuck exclusively to two neighborhoods, Barranco and Miraflores, and didn’t even really take the time to do currency conversions to determine what anything costs. In short, I really just skimmed the surface.

But now that I’ve got a bit of a feel for the place, I’m beginning to wonder if I really want to commit to several months here. Perhaps my two previous times here on ‘vacation mode’ have given me an inflated impression of how good Lima is.

Having recently come from Mexico City, one of my favourite cities in Latin America, I’m doing my best to be cognizant of my biases. I have a special place in my heart for Mexico City and I know Lima couldn’t compete with that. Nor did I want it to. I came here looking for something different.

That being said, I can’t help but make comparisons between the Latin American cities I’ve been to.

So far, there are five things that are bothering me about Lima: value for money, lack of accessibility to other nice cities, service, a lack of desirable neighbourhoods and a lack of character.

This is the first thing I noticed. By Latin American standards, Lima does not offer good value for money. Now let’s now get it twisted – by all accounts, Lima is cheap if you’re coming from the United States or Europe (or even Canada, like myself). I’m certainly not going to go broke here. But I’m not talking about cost of living. I’m talking about what you get for your money compared to other Latin American cities. For instance, Mexico City has indisputably better infrastructure, a better transportation network and nicer parks and public spaces. Basically, much less of Mexico City looks horrible. And it’s Centro Historico is significantly more impressive and maintained than Lima’s (Lima’s is terrible, actually, perhaps more a fault of the Spanish conquistadors not caring as much but still, the fact remains).

Yet everything in Lima is about 10% more expensive than Mexico City. One bedroom apartment rentals in nice areas are probably 15% percent more (we’ll get to why I think this is in a minute).

Bogota, with only marginally worse infrastructure than Lima, is around 15% cheaper.

Santiago, Buenos Aires and Panama City are more expensive, but the cities are safer and much more developed.

I’m sure there are economic reasons why the cost of living in Lima is higher than Bogota or Mexico City, but as a foreigner living in the city or visiting there, none of these reasons will benefit you.

This is nobody’s fault.

Peru is a mountainous country and it’s simply not as easy to get from one place to another. But one of the things I love about Mexico City is that you can get cheap buses and flights to at least a dozen other remarkable cities in the country. Peru doesn’t have as many nice cities and if you want to get to them, you’ll have to pay more. For instance, it costs more to fly from Lima to Cusco (1hr 30 min flight) than from Mexico City to Tijuana (3hr 3o min flight). Domestic flights are also cheaper in Colombia and it also has many more cities that I’d be willing to spend time in. There aren’t many nice cities in Peru in general. Arequipa and Trujillo aren’t. Mancora? Maybe for surfing and partying but nothing else. Yes, there are a number of picturesque mountain cities in the country, historical sites and breathtaking wilderness.

But again, not as easy to reach.

Service is never great in Latin America. I know this. Waiters constantly mess up and everything takes too long to do (setting up Internet, paying bills etc). Lima is no different. Despite being more expensive, the service here is no better than in Colombia or Mexico.

Simply buying a SIM card from Movistar for my phone here was bizarrely time consuming. First I had to line up to find out where to line up. Then I lined up again so they could fill in some paperwork and make a copy of my passport. Then I went to a new line to pay for my SIM card. Finally, a forth line to receive it. It was the same process when I went to buy a coffee maker from Hiraoka last week – three different line-ups. In short – like nearly all Latin American countries – things just aren’t too efficient here in Peru. It’s worth mentioning that restaurant service is notably better here than in most other major cities I’ve been to in Latin America, but everything else is the same or worse.

A Lack Of Nice Neighbourhoods

One could easily make the mistake of calling Lima a very nice city. That’s because, if you only stick to four neighbourhoods, it is. But, once you get outside of Miraflores, Barranco, San Isidro and San Borja, things start to get a bit, well…ugly. Again, this is true of most big cities in Latin America. All major cities down here have had to deal with a massive influx of people from other parts of the country to find work, often making for sprawling, poorly-planned metropolitan areas. That being said, and as I mentioned in another post about Lima, there are still way more desirable areas to live in in Mexico City than there are here. For this reason (I assume) one bedroom apartment rentals in nice areas of Lima are more expensive.

Even the nice or ‘hip’ neighbourhoods in Lima won’t blow you away. The Condesa neighbourhood in Mexico City soundly beats Barranco in terms of bars, restaurants, parks and general aesthetic appeal. And I’d much rather hang out in Bogota’s Zona-T than in Lima’s Miraflores.

A Lack Of Character

My first impressions of Lima is that it lacks character. A bit like Medellin lacks character. The city doesn’t really have a beat to it. Buildings are grey and uninspiring, skies are grey (even in the summer, I’m finding). Mexico City or Rio de Janeiro feel more alive. You can feel the energy of the people on the street. You can feel the hustle. In Lima? Not so much. Even the bars and nightclubs lack a certain enthusiasm.

Maybe I need more time, but I just haven’t been able to get excited about Lima like I have about other cities.

There are a handful of things that I appreciate about Lima (believe me, if there weren’t, I would not still be here).

Here are the main ones:

The food here is absolutely top-notch. I now have to say that I believe it to be the best in Latin America (not counting street food – that title goes to Mexico). Ceviche, Lomo Saltado, Aji de Gallina, Causa. List goes on. I haven’t had bad food yet in Peru. Hey, even its Chifas aren’t half bad. The various Pisco cocktails I’ve tried here in Lima are also very impressive, although often a bit on the sweet side.

Food is increasingly becoming higher up on my list of importance when I think about Latin American countries to live in, and Peru in no way disappoints on this front.

I find myself getting along very well with the people here, particularly the younger ones. In Colombia I felt like many people around my age were trying to be my friend to screw me over in some way and many girls seemed manipulative. Mexicans around my age are very inclusive but can also be very loud and very annoying.

Peruvian people are more chill. They’re quieter and more respectful. The Peruvian guys I’ve met have all seemed cool so far. If I had to pick male friends to have in Latin America, so far I’d pick a Peruvian over any other nationality. That says a lot.

When I start to question my decision to stay in Lima, I take a walk on the malecon and look at the Pacific. I’ve only lived by the ocean longterm one time in my life (in Canada). I’d forgotten how therapeutic it is. I find that living by the ocean is great for mindset and well-being. Although it didn’t used to be high on my list, living near the coast is quickly becoming a very important factor for me as I’m trying to establish a more permanent base in LATAM. Lima’s location and views are a huge +1 in my mind.

Long story short, I’m wary. Before arriving, I had a fairly concrete plan to stay in Lima for months. Now I’m not so sure. I said in my last post that my primary goal here was to get some serious work done, but I’m starting to wonder why I didn’t decide to do that in a place like Mazatlan or Pereira, where you get a bit more for your money.

After my last trip here I was confident it would be a good fit. It’s humbling to admit that my assessment might have been off.

I’ll give it some more time. It’s only been three weeks, after all. A friend of mine from England plans to come down to South America in the coming weeks. I’ll likely accompany him on a jaunt up to Ecuador and Colombia.

We’ll see if my ticket will be one-way.

***If you’ve been to Lima and have an opinion, post in the comments! I’m interested to know what others think.