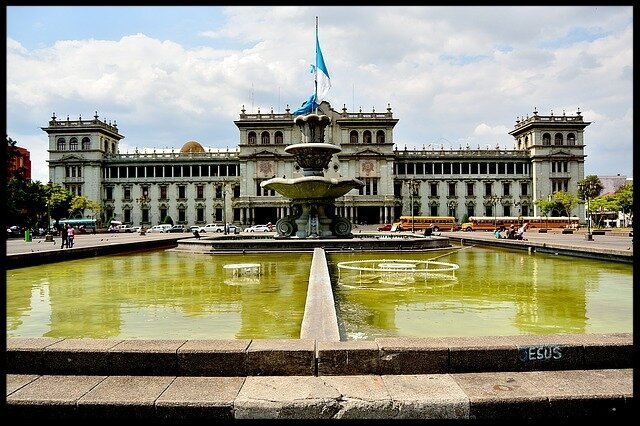 The capital and largest city in Guatemala.

It is the financial and industrial centre of the country, and is quite modern, at least compared to the rest of the country. Often passed through, but rarely visited by tourists.

Are they missing anything by not visiting? Are the food, the nightlife and cultural attractions worth a look or not? Let’s find out!

THINGS TO DO IN GUATEMALA CITY

HOW TO GET TO GUATEMALA CITY

San Salvador is only a 5 hour drive away.

RENT AN APARTMENT IN GUATEMALA CITY

There certainly aren’t as many options as in other Latin American cities of over 1,000,000 people. But that’s not necessarily a bad thing. If you’re here for a few months, it would be quite easy to get some of the hottest clubs on lock.

I recommend: Club Zero.In Zona 10. It’s one of not-so-many places that are open late.

Guatemala City has a reputation for robberies and gang violence but, as a tourist, your chances of being a victim of crime here are slim, assuming you stick to safe/affluent neighbourhoods. Uber is in the city, so that helps cut down on the risk of express kidnappings/getting ripped off on the price.

You will not see people walking around very much at night in Guatemala City. You shouldn’t either. Take Ubers, even for short distances.

COST OF LIVING IN GUATEMALA CITY

Not a whole lot offer the tourist. Many skip over Guatemala City in favor of Antigua. However, if you want to experience Guatemalan culture, food and nightlife, the capital is worth a look. A weekend should do the trick — you shouldn’t need more than about 3 days here to see the sights.

Being an expat here is certainly doable. Surprisingly so. If you stick around Zona 10, Zona 4 and/or Ciudad Cayalá, you’ll find it safe and amenities plentiful. The main issue with Guatemala City is that your cost of living will be equal or higher to Mexico City, the latter which is safer and a great deal more developed.