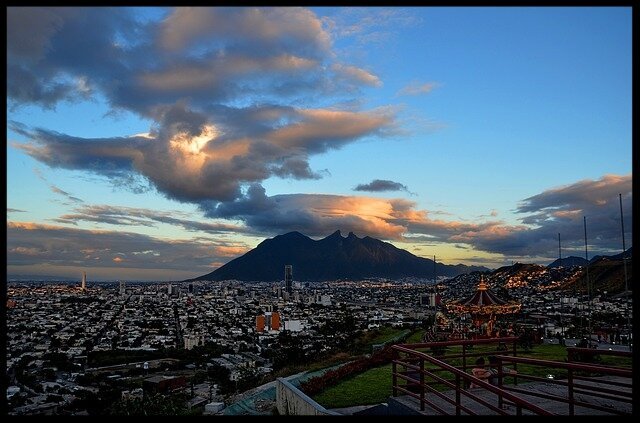 An important business and industrial city in Mexico. Probably the richest city in the country (Mexico City would be a close second) It’s very much an American-style city with a lot of fast food joints and hotel chains. Very modern, and many people are well-off and sexy.

You got a shot, player. The women in Monterrey are absolutely stunning, and rather forward. Although they’re not likely to be impressed by your US, Canadian, British (insert first-world country here) passport, if they like the way you look they’ll let you know with a nice long stare and smile. I’d say the richest and most beautiful ones are largely unattainable unless you’re willing to spend upwards of $200 a night to get into the hottest spots with bottle service. But there are still plenty of jaw-dropping fems that fall within your socioeconomic status.

Online dating in Monterrey, Mexico: Mexican Cupid is the best way to meet women from Monterrey online. Click Here To Try It Out today I’d say Monterrey has the best girls in Mexico and I’ve been to all the competitive spots save for Hermosillo. So yes, better than Guadalajara. If you’ve never travelled to Mexico before, this place will blow your mind in terms of quality. That’s not to say that every girl you see on the street or in the supermarket is model fodder, but hit the clubs at night and you will be breaking your neck and picking your jaw up off the floor at the same time.

RENT AN APARTMENT IN MONTERREY, MEXICO

Over $500 for a basic apartment near the city centre.

*N.B. City centre apparently is now undesirable to live, look for a place near the neighbourhood of San Pedro Garza Garcia.

A smashing good time. Most of the nightlife in Monterrey used to be around Barrio Antiguo but it has since moved to San Pedro, an affluent suburb of the city, but it hasn’t missed a beat.

Not that bad. Based on the news reports, you’d expect that bodies hanging from bridges are a part of daily life in Monterrey, but it’s simply not true. Yes, there are murders here and some businesses are getting extorted, but unless you plan on skullin’ yeyo with the cartel’s closest confidants, you’re not going to notice anything out of the ordinary. If I were you, I’d be more concerned over impregnating an 18 year old.

COST OF LIVING IN MONTERREY, MEXICO

You’ll need a minimum of $1305 USD/month to live in Monterrey, Mexico