7 Reasons Why Living In Latin America Is An Awful Idea 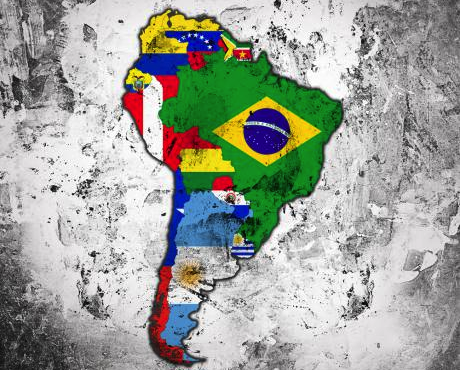 At this point I feel like a poster boy for Central and South America.

I’ve written so many positive things about the region that I’m sure I’ve painted quite a rosy picture in the minds of some readers.

But here’s the thing.

Latin America is not a great place to live. Most westerners looking to relocate will be better off choosing Eastern Europe or Southeast Asia, especially if they are in their early 30s or older.

I could probably come up with 100 reasons why it’s a bad idea to live in Latin America.

But ain’t nobody got time for that.

Instead, here are just a few of the frustrating things likely to send you on the next flight home.

7 Reasons Why Living in Latin America is an Awful Idea

In fact, it is the most dangerous region in the world. A recent study revealed that 43 Of The 50 Most Dangerous Cities Are Located In Latin America. Although starry-eyed backpackers will say otherwise, as a foreigner living in Latin America, you have a very high chance of being robbed or assaulted. If that’s not enough, you’ll have to accept the fact that your perpetrator will never be punished because the police are incapable of solving crimes (also, they don’t care). Life is cheap here. It truly gets exhausting having to watch your back day and night, finding out what neighbourhoods you can visit, what ones you can’t and wondering who you can trust.

But Vance, there are many places in Latin America that are safer than cities in the United States!

Sure, if you trust that crime report statistics are reported as accurately in third world countries as they are in the richest nation on earth. Believe this at your own peril.

You will never be truly accepted into your adopted Latin American country. Learning the language won’t help. Learning about their culture and traditions won’t help. You will constantly be asked if you like their country. In part because they are genuinely curious, but mostly because they want to remind you of your place as an outsider. You will never be asked about your country of origin. They’re not interested in where you came from. You will always be treated differently.

But Vance, I don’t need them to accept me. I’m a citizen of the world. I don’t feel any attachment to my home country anyway!

You’re young. I know you feel this way right now. But it won’t last. As you get older, you’ll recognize that where you came from and what it represents is important. Not being able to escape your status as an outsider or guest in the country will get to you. You’ll risk losing your sense of identity.

Dorothy was right when she said there’s no place like home. You don’t have to live there, but where you are from will always be an intrinsic part of who you are.

There is no running away from that.

Things simply don’t run smoothly in Latin America. If you value good service, organization or logical process you will not be happy here.

But Vance, I love that things move slower here. I got away from America because I didn’t like the stressful, busy lifestyle!

Damn people who say this. You do realize that when things run efficiently it frees up more time for you. Do you really get hard over the fact that your water will be shut off for three days simply because the city was too incompetent to make regular repairs to the system? How about when they cut your power because they can’t keep track of who has paid their electricity bill and who hasn’t?

Whether it’s taxi drivers, waiters, beggars or women, people here live to screw over foreigners. It’s written in their DNA. Unless you stay in your house on Facebook for 24 hours a day (you might want to after enough time) someone will try to unjustly extract money out of you at least once a week.

But Vance, these people are poor and desperate! You can’t blame them. You’d be doing the same in their position!

If you’re the type of person to make apologies for people who are trying to take advantage of you (I’m looking at you Europe!), you are too far gone to be helped.

As you’ve probably figured, cleanliness standards aren’t exactly on par with first world countries here in Latin America. So you better be prepared for pooing and/or puking yourself to death for at least your first 6 months. After that, hopefully your stomach with adjust to the horrid bacteria in this part of the world. That is, if you’re lucky. Some people’s digestive systems never manage to cope with it.

But Vance, I’ll be careful! I’ll avoid street food and only eat in restaurants and buy my own groceries!

Nah man, it’ll still get ya.

6) Locals Will Resent You

They will talk venom behind your back when they think you can’t understand them. They will take any opportunity to cut you down, overcharge you or extract resources from you. OK, ok not all of them, but many of them. Particularly the men. It’s because they will be jealous of you. And for good reason. You’ll probably be making more money than them and – if you’re young, fit and decent looking – you’ll have much better dating options than them.

I really can’t blame them for being butt-hurt over this. It must be pretty terrible to see a wealthier foreign guy swoop in and effortlessly seduce the local women. But it still doesn’t mean you deserve this kind of treatment.

But Vance, I’m not in Latin America for sex! I’m a gentleman. I’ll respect everyone, especially the local women!

It doesn’t matter. In many Latin American countries (ex. Brazil, Costa Rica and Colombia), you’ll be assumed a sex tourist simply for being there. They don’t need any more justification than that. You’ll have to continuously and tediously explain your presence to judgmental locals before being vindicated.

Now, depending on your line of work, this may or may not be important to you.

It’s also a bit of a headache for trying to keep in touch with friends and families back home – sometimes the video lag on Skype is so bad it’s not even worth the effort.

But Vance, you can’t expect the same Internet speeds as back home. Stop being so entitled and suck it up!

But joking aside, this isn’t a huge deal for me, but I realize many people depend on a reliable Internet connection for work these days, so it is certainly worth mentioning.

If Latin America is so terrible, why do you live there and have a blog dedicated to it?

Look, I don’t hate Latin America. Like anywhere else in the world, it’s far from perfect. Believe it or not, I didn’t make this list to vent. If the pros of living in Latin America didn’t outweigh the cons for me, I wouldn’t me typing this from Mexico City.

I simply want to give travellers an accurate depiction of the downsides they will inevitably deal with if they choose to relocate down south (For those that prefer sugarcoated stuff, I’m happy to direct you to International Living).

The last thing I want is for people to uproot their entire lives based on what I’ve written only to find that Latin America is their own personal version of hell.

For many people, that’s exactly what it would be.

Also, on a bit of a side note, I’m starting to believe that I’m doomed to spend the majority of my life down here. I had a map of Latin America on my wall as a child for heaven’s sake. In economics, political science and sociology courses in college, all of my essays focused on Latin American countries.

And I recognize that not everyone has such a predisposition for Latin America. In fact, I rarely meet anyone who does.

However, if you’re still inclined to go after reading this list, I wish you the best.

I’ll even help you out! Throw me an email or leave a comment – I respond to everything.

But if you hate it down here, don’t say I didn’t warn you.