Mexico City vs Lima: Which City Is Better For Expats? 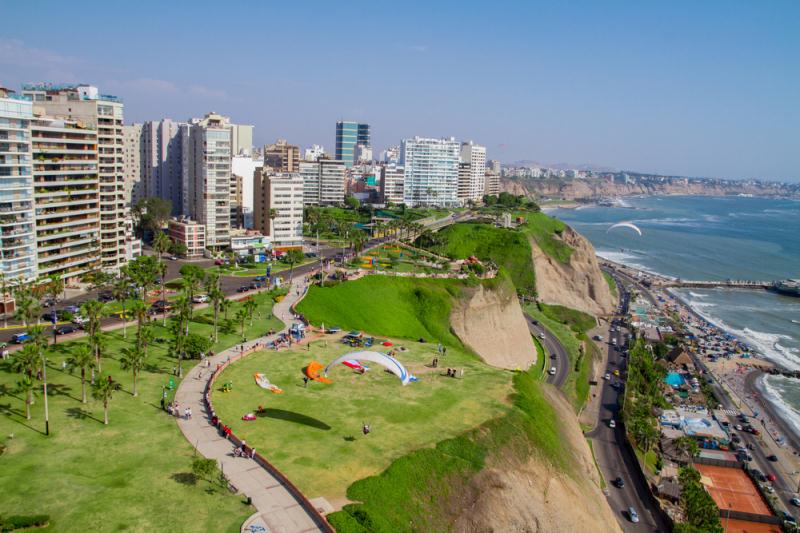 Whenever I’m in a new city in Latin America, there’s only one thing on my mind:

My current plan is to find a place where I can live longterm. As such, this makes me a bit different than the average backpacker who can gather all the information he needs from Lonely Planet.

So, without further ado, it’s time for another one of my Latin American city showdowns. In this post I will be comparing the “City of Palaces” (Mexico City) with the “City of Kings” (Lima) to determine which is the better city for an expat to live in.

Mexico City vs. Lima: Which City Is Better For Expats?

Both Mexico City and Lima are extremely affordable. If you had to, you could live in either city for $1000 a month. Although, I Would Recommend A Slightly Larger Budget than that.  I was surprised to discover that almost everything is more expensive in Lima than in Mexico. I wasn’t expecting this as Mexico is a larger city with better infrastructure. In Lima, you will pay more for public transport, taxis, restaurants, cell phone coverage and Internet than you will in Mexico City. That being said, keep in mind that these differences will be almost negligible, especially if you’re earning American dollars – we’re talking about an extra $200 or so a month if you choose to live in Lima instead of Mexico City.

Coming from Canada, I can’t complain about the weather in either Lima or Mexico City. I’ve travelled to Lima in winter and, although they didn’t have any rain, they did have horribly grey skies the entire time and it was colder than winters in Mexico City. And although Mexico City gets more sun during its winter months, it does rain more. The summer months are nice in both cities.

I’m going to call this one a tie. It’s really going to depend on your preferences.

Those unfamiliar with cuisine in Latin America often assume that Mexico has the best food in the region. I myself have claimed that in A Recent Blog Post. However, after this most recent trip to Lima, I have to admit that I was wrong: Peru Has The Best Food In Latin America. Although Mexico wins in the street food category – the quality, variety, availability and price simply cannot be beat – Lima wins in every other category. Their menu restaurants are better than Mexican fondas, their chifas are better than Mexican Chinese food, and their seafood is miles better than anywhere else in LATAM.

When I told people from Lima that I was living in Mexico City they were shocked. Isn’t it dangerous? Aren’t you worried about safety? While it’s true that Mexico City has a rather sordid reputation, the safety issues are largely overblown. I’ve been living in Mexico for nearly a year and a half and nothing has ever happened to me.

But I’ll admit that some of my friends haven’t been so lucky.

Interestingly though, the downtown core of Lima feels sketchier than downtown Mexico City. Perhaps only because the buildings are more rundown. After talking to some people in Lima, I get the impression that petty crime, kidnappings and assaults aren’t as much of a concern as in Mexico City. Statistically, Peru also has a lower murder rate than Mexico and is one of the more secure countries in the region.

This one goes to Lima.

As massive cities, both Lima and Mexico City have respectable nightlife scenes. But in terms of variety and sheer quantity, Mexico City wins. That’s not to say that nightlife in Lima is bad, it simply has fewer options. For instance, Barranco and Miraflores in Lima are simply no match for Condesa and Polanco in Mexico City in terms of density of bars and clubs. Same goes for centro. For me this isn’t really a big issue, as there’s often a paradox of choice effect when there’s such a plethora of nightlife options in a city.

Nevertheless, this one goes to Mexico.

But it was close.

If Lima was cheaper I may be inclined to call it a tie; the food alone is reason enough to check this city out for awhile. But I just can’t get down with recommending a more expensive city that’s uglier and with poorer infrastructure.

Mexico City is a better choice for expats than Lima.