I’ve scrolled through a number of websites full of political correctness about places with low costs of living, beaches, other expats and good Internet connections, but not a single one said, “right, if you want to meet women in Latin America as an old guy, here’s where to do it.” I get it – such phrases don’t go over too well on Huffington Post or International Living, but I at least figured such ‘reputable’ outlets would do better than just copying and rephrasing one another’s findings.

The following is by no means scientific; I’m basing my data on nothing more than conversations with expats and some personal observations. Take it or leave it, but if you take it, do so with a grain of salt.

If you’re a retired man who wants to meet women in South America, Mexico, or Central America, read on!

I’ll start with a country that has always been an expat favourite: Mexico

Schedule A Consultation Call With My Latin Life 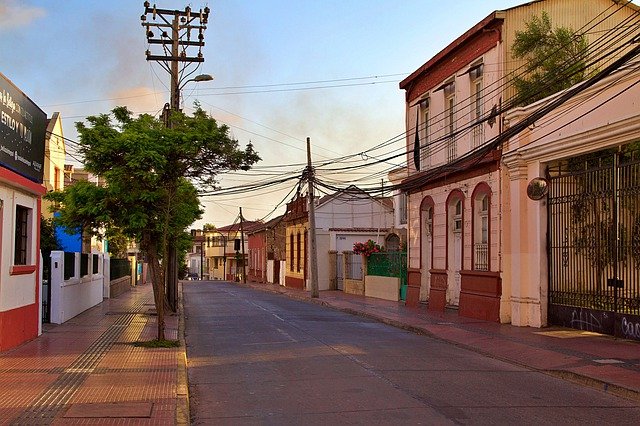 So, is Mexico the place to hit up if you’re single, retired and want to find a woman?

On paper, Mexico looks great for a retired dude: low cost of living, plenty of gringos, good food etc., but for trying to find a woman, it’s not perfect. There’s still a slight stigma against unmarried and divorced men here. I.e the logic is that if a guy is over 50 and unmarried, there must be something wrong with him.

Unless of course, his wife died, then obviously he’ll be cut some slack.

That being said, the divorce rate here is slightly higher than in other Latin America countries, so you could potentially find a divorcee to fill the void. As for finding a single expat woman to settle down with, well, you’ve got a better chance here than in many other Latin countries, but remember that not many women move this far south without their husbands in tow. That said, Mexican women make great partners. Mexico is well-deserving of a place on this list.

White folk love Costa Rica. It has been the prized infant of the expat world for a long time now, although that focus is starting to shift to Panama, which we’ll get to next.

So, is Costa Rica any good for a single gringo?

Costa Rica has been tapped. Like a maple tree in Quebec. Its best days are most certainly behind it. Costa Ricans see expats as cash machines and rarely anything else. I’ve heard too many stories of good men being taken by dishonest Ticas for too many dollars. You have to be careful of who to trust here. There are, however, a couple of upsides to this place. It’s quite liberal, so you will run into women that have been divorced and who may have a good heart and be open to a relationship with a retired feller. Also, there are a lot of expats here, some of whom are single White women (SWW!). However, when it comes to Costa Ricans, as a man over 50, I’d steer altogether clear of the younger, prettier ones. They will often be out to hustle someone.

Also, Costa Rica is considerably more expensive than other Latin American countries. Worth keeping in mind for those expats on a budget. The local woman are among the best in Central America.

I’m leery about Panama for the single male expat, but I’m going to give it a thumbs up…for now. Panama is quickly becoming an expat favourite as Costa Rica’s glory days (and cheap prices) fade away. A big plus here is that it is very Americanized; Panama City could just as easily be Miami. And the locals are quite good-looking and because of the American influence, aren’t entirely opposed to starting a relationship with an older foreigner. I will say this though: watch who you trust. I don’t want to sound paranoid, but Panamanians are trained scammers and will try to do you whenever they can. It’s both an art and a way of life. I haven’t heard of anyone getting done too hard by the women here, but it would not surprise me in the least. One bonus is that Panama has some of the prettiest women in Central America.

In short, Panama is a good choice because it has all the comforts of home, it’s cheap, safe and the culture isn’t so distant from your own that you’ll have trouble relating to the locals.

A fine choice as far as I’m concerned. There seems to be more respect for older men here than in other Latin American lands. It is much more common to see an older man with a younger woman here than in other latam countries, like Mexico for instance. In addition, gringos are still looked upon fondly here, although in overdone places like Medellin and Cartagena the welcome is starting to wear off.

Plenty of single mothers here too due to the large number of deadbeat/cheating fathers. Not to knock Colombian men, but they do have a reputation for a reason. Another plus: cost of living is relatively low: about on par with Mexico (maybe slightly less), and less than Costa Rica. Your best bet is to head to a second or third-tier city like Manizales or Bucaramanga and settle down…as long as you can live without a strong gringo infrastructure. There is also quite a thriving industry that specializes in hooking up gringos with Colombianas, but the moral practices of these companies are somewhat dubious and the Internet is rapidly putting them out of business. Colombian women are among South America’s best, so you can’t go too wrong here!

People are great, food is delicious and the cost of living is low. However, you aren’t likely to find too many single Peruvian women over about 25, and the culture here is different enough that some may find it hard to hack. But places like Cusco have large gringo settlements and we all know how important social circles can be for meeting women. One upside is that Peruvian women are caring and loyal, so if you’re lucky enough to meet a good one, lock her down!

Other honourable mentions go out to Argentina, Ecuador and Brazil. However, I’ve left them out for the following reasons:

Argentina: Older women are very difficult to woo here, and seem to have little to no interest in an older foreigner who can’t speak Spanish.

Ecuador: The women don’t seem too up for it (outside of Cuenca, at least); many people act cold to outsiders.

Brazil: Generally speaking, cost of living is high and crime is high. Decent option if you can afford it, and aren’t afraid of a little danger, though.

So there you have it! Not gospel by any means, but if I was thirty years older, these are the places I’d head to.

If you’re looking for something more serious, check out this article: The Best Places To Find A Wife in Latin America.

Schedule A Consultation Call With My Latin Life